Now known by locals as the “Nashville Christmas Bombing,” just before sunrise December 25, 2020 on 2nd Avenue in downtown Nashville, people were thrust into chaos from an explosion that damaged more than 41 businesses in the early morning blast. The Tennessean describes the event as “a horrific finish to a hard year of disaster and disease.” According to WKRN, the aftermath stretched across several blocks of the historic district. The part of downtown that sustained the most damage has buildings dating back to 1870, and many will need to be completely rebuilt. Major structural issues will need to be dealt with before anyone can occupy the spaces that aren’t beyond repair.

No one was seriously hurt in the blast. Owner of Studio 208 Ashley Bergeron considers herself lucky. She had travelled out of town in early December and was scheduled to leave on a Dec 23 red eye flight arriving in Nashville on Christmas Eve. The morning of her flight, she changed the flight to Dec 26, because she said that something told her, “Don’t go home.”

“I had to have a moment with myself. I asked, ‘What are you avoiding?’ My best friend had planned to spend the night on Christmas Eve. For some reason, I just didn’t want to go home. So, I cancelled my flight, but later that night I started regretting my decision,” Ashley tells Launch Engine. She called the airline to try and get her seat back later that evening. However, because of a 45-minute customer service wait time, she scheduled the airline’s phone service to call her back. The airline never called. She didn’t fly home, and luckily was not there the morning of the bombing.

The blast created a wind tunnel, blowing through the windows of one end of her building and out the other side. Brick, sheet rock, dust, and broken glass coated the entire space. Walls were bowed. The crown molding was separated, and pieces of art fell to the floor from the aged brick walls where they once hung. Debris was embedded into the fragile canvas of some of the artwork.

By chance or grace, somehow only two of the 100 pieces of fine art that adorned the walls of her gallery were damaged. One particular painting that survived has a very unique backstory of resilience. During an open house, Gary Gaston, CEO of the Civic Design Center, purchased a painting by Nashville artist Kristin Llamas, entitled, “What Is Temperance?” Gary took the painting to his Germantown home, which was later destroyed by the EF-3 tornado back in March.

Ashley recalls, “This painting survived the tornado last year and now has become a bit of a poster child for what Gary and the news called ‘Crumpled Optimism’ in a recent interview. Gary, Kristin the artist, and myself all decided to change the name of the painting because it felt so fitting.” It should be noted that the painting was sent back to Studio 208 during the renovation of Gary’s home, and not his office, which was located on 2nd Avenue in immediate proximity to the bomb’s blast.

Ashley was relieved to see that most of the paintings were unscathed. Understandably, she was filled with dread the first time she went into Studio 208 after the bombing. Ashley is grateful, but naturally stressed from all of the other events the gallery has had to endure, including the looting and destruction that occurred during the Black Lives Matter protests, the lockdown from COVID-19, and worries related to the city property tax increase of 34 percent and a 4 percent water bill increase.

Ashley’s last event—and the last time her doors were open to the public—was in March of 2020, for the FirstBank First Saturday Art Crawl (referred to as the “Downtown Nashville Art Crawl”). Her gallery, which used to see 200-300 people during the art crawl, has had an estimated 12 visitors since the pandemic began.

A dark cloud of uncertainty looms over Studio 208, and many of the other businesses affected by the bombing. Ashley feels a sense of earned resilience within her community, saying that a shared fragility brought together many of her neighbors, most of whom she’d never met before. She feels the event has allowed them all to become much more deeply connected, and she wants to do whatever she can to help those who are worse off.

While worried, Ashley remains optimistic. She shares, “I really want to emphasize that we are rebuilding in a way that is going to make us all stronger as a neighborhood and as a community. I am getting to know neighbors of mine who I never even spoke to before. The owner of the little sandwich shop up the street and I are getting ready to check on the owner of a “mini mart” on the corner. I just want to say hi and let them know they are not alone, that we are all in this together.”

Ashley notes that the tragedy has prompted better response for unthinkable circumstances such as the bombing. She says,  “The city is compiling a master list of the names of every resident and business owner in the downtown corridor with contact and emergency information. When the blast happened there was no way to know who might have been in many of the buildings. And that made it difficult to know if there were any injuries. If I had been in my building and been hurt when the blast occurred, no one would have known. Many of the buildings are owned by different people than who actually occupy the spaces. And that was immediately an issue with the need to evacuate the area so fast.”

Presently, Ashley is trying to figure out how she will be able to carry on with her business. She explains that her initial model for her gallery was community and in-person interaction. Moving forward will be difficult due to the restrictions of the pandemic, the lack of income, the cost of moving to a digital platform, and her lack of knowledge about digital technology.

She explains, “I was never set up as an online digital platform. I purposely created a model where people could come and hang out, sit down, have a glass of wine or a cup of coffee with the art that they fell in love with. I never wanted to go digital, but I understand that I have to do that now.”

Studio 208 will have to hire some outside specialist to facilitate its current needs. Ashley believes that long-term strategies for the gallery can be financed through the sale of the art that survived the bombing. She says, “I would like for each piece of art in this building that survived to sell for the symbolism that these pieces made it through a tragedy that affected us all so deeply. I would love for this to also be a celebration that we all survived.”

Ashley hopes this will be a way to raise money to help the others with the difficult journey they all have ahead of them. One of her artists, Jake Elliot, proposed the idea of doing a virtual event streaming live video of her interviewing each artist. Her goal would be to showcase each piece, to discuss the backstory, and to highlight the artist. She wants to share the positive side of what the future looks like, despite the difficult times they have faced. She explains what she has planned for a future fundraiser—she’s currently working with Heidi Schwartz to do a live painting of the 2nd Avenue damage to auction off.

While many people are hurting financially and emotionally, Ashley is looking for ways to bring the light and beauty back to 2nd Avenue again. She knows that—while Nashville has dealt with so much—this too shall pass. She believes that all that has transpired will let her find new ways of reaching art buyers, and that the pieces that survived the Christmas Day Bombing will have a special value to collectors.

The Studio 208 will have a temporary home at 5044 Broadway Place in the new 5th & Broadway downtown building opening in March 2021. For details about how to help Ashley and further information about The Studio 208 Fine Art Gallery, be sure to visit the studio’s website and social media. 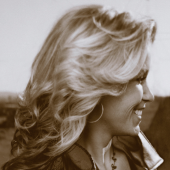 Sheri Oneal is a commercial photographer located in Nashville, Tennessee who offers lifestyle, corporate headshots, architecture, construction, and travel photography. Her imagery includes a variety of work such as environmental portraits, executives, food, culture, interiors, product, and still life photos for advertising and editorial clients. Sheri's work is primarily shot on location mixing different lighting situations to create a style all her own. When she's not trying her hand at this writing thing, she's out making art.

Deconstructing the Artwork of Tony Sobota